CLIENT : AUBERGE DES MIGRANTS
AGENCY : BETC Paris
YEAR : 2021
The Auberge des migrants is a French NGO that supports refugees stranded in the camps at the border between France and the UK.
In 2020, donations hit a new low due to a lack of media coverage, and the sanitary crisis. With no budget, we had to find a way to generate donations.
To show that donating a few items can make a difference, we wrote it down in the one place people shop: Amazon. We helped 10 migrants hijack Amazon, by sharing their living conditions in the reviews of the products they needed the most. All the products were in a wishlist, so that anyone reading their stories could make in just one click an in-donation.
In 72 hours, the association received more in-kind donations than during the whole previous year, and the campaign got national and international coverage highlighting the living conditions in the refugee camp (over 82 million impressions), all this with a production and a media budget of 0 euros. 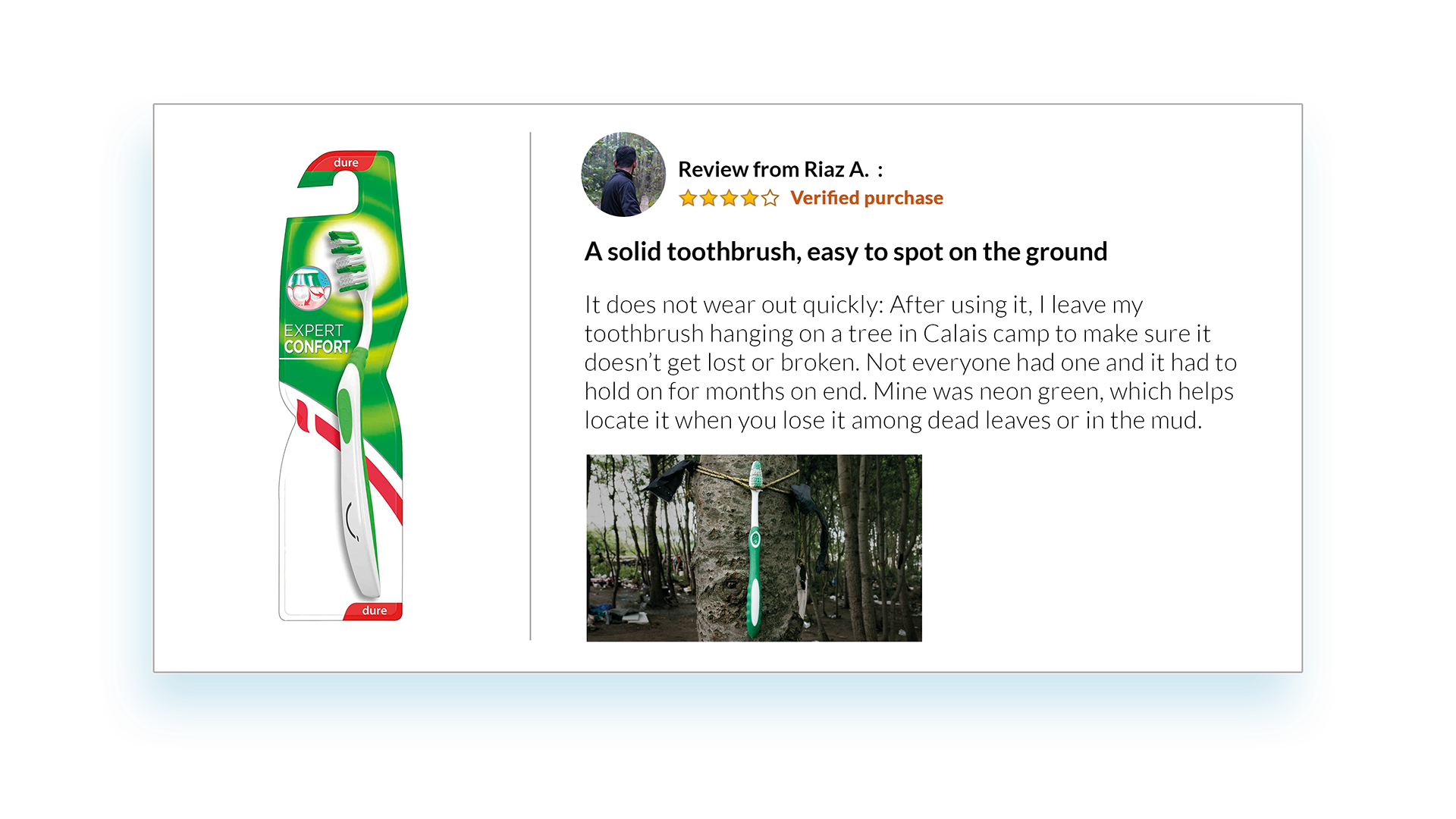 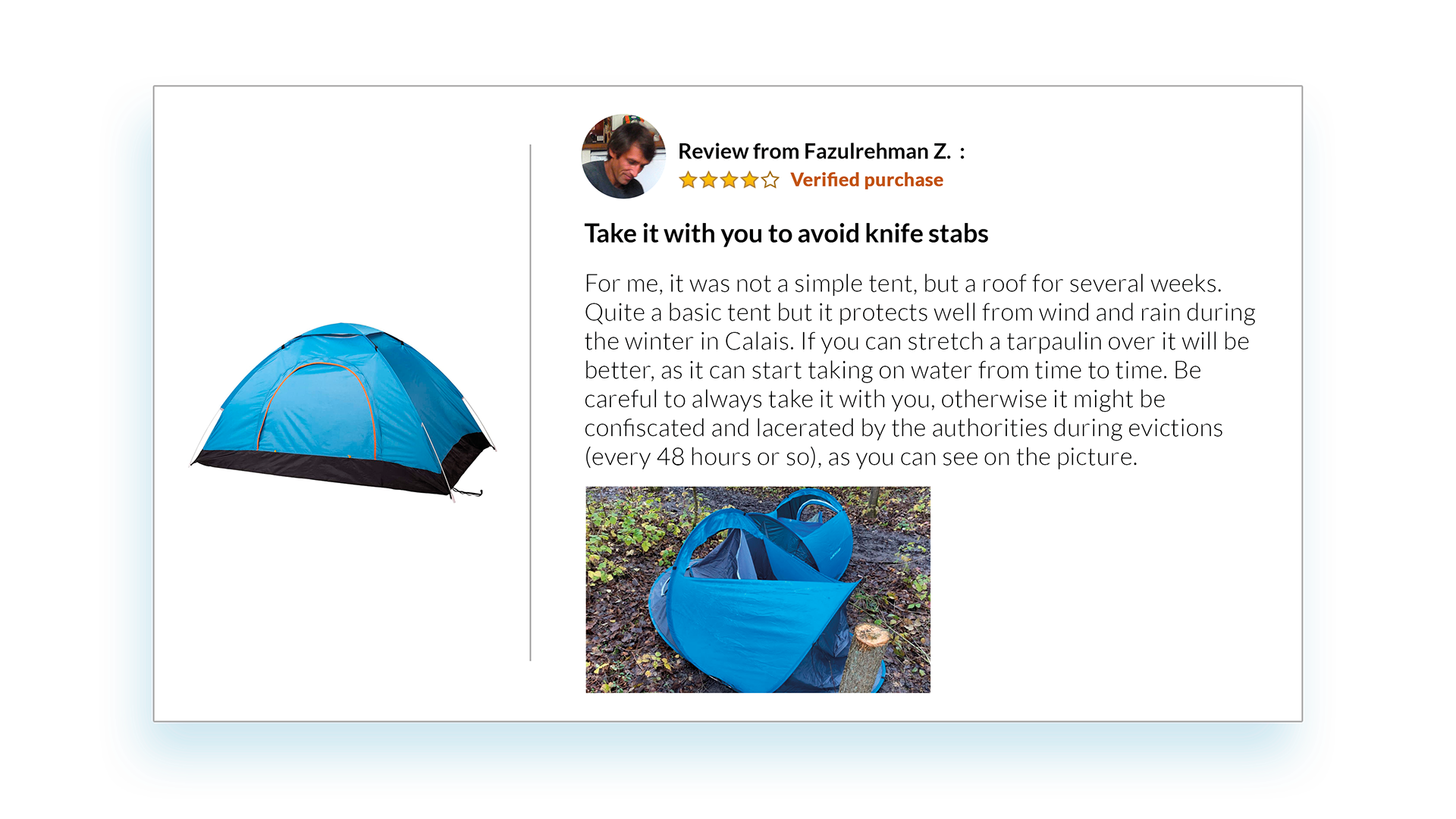 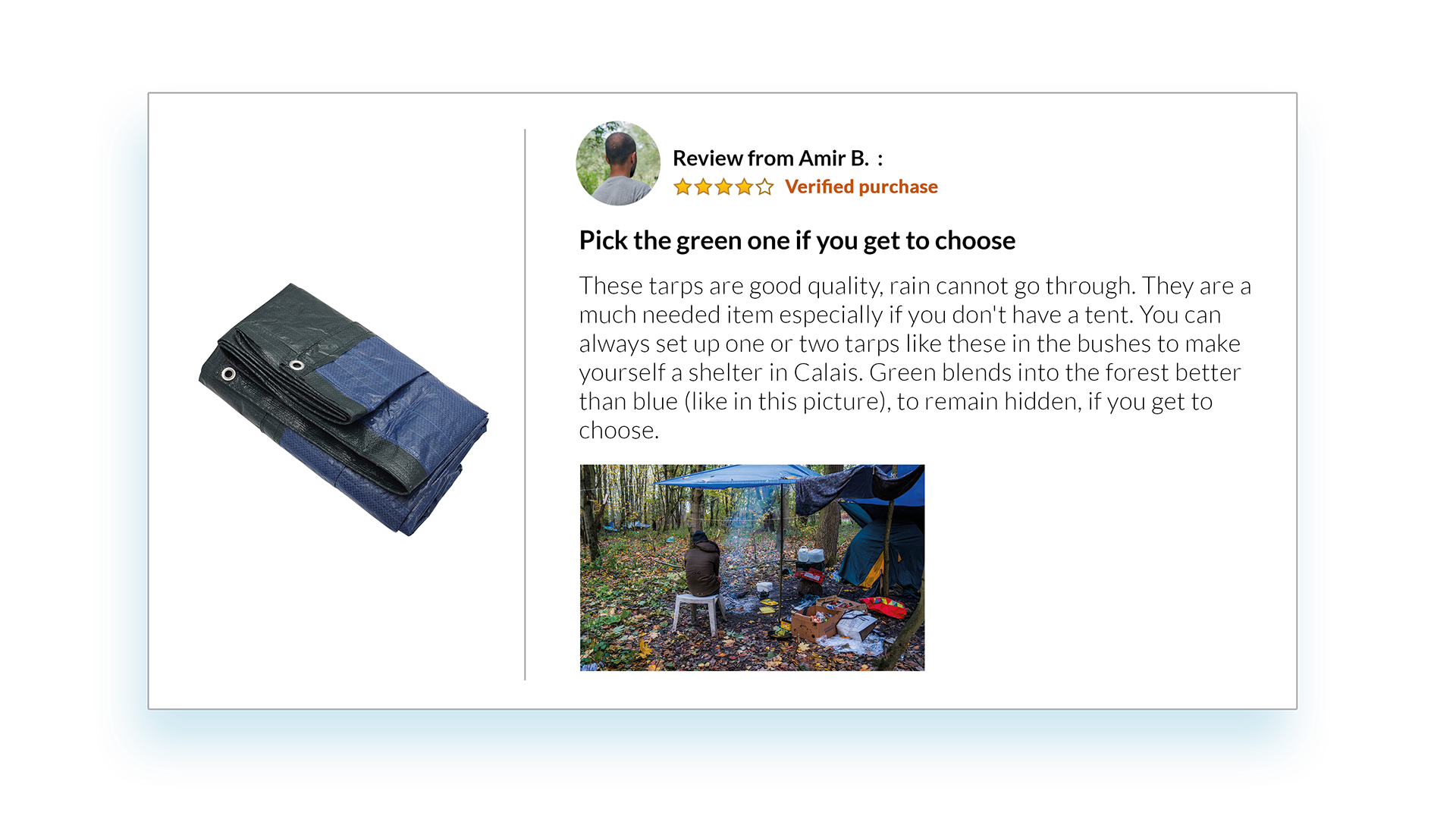 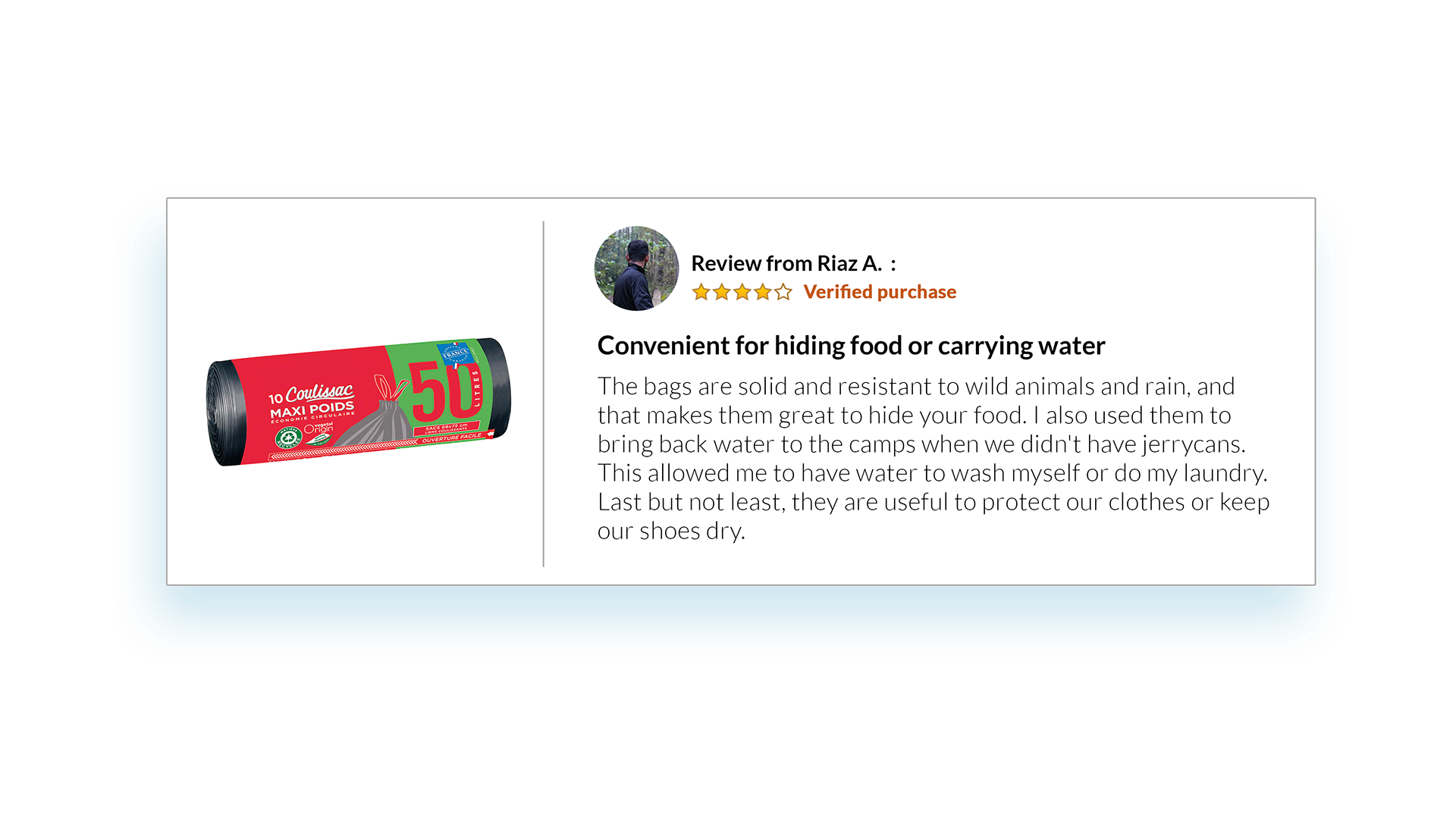 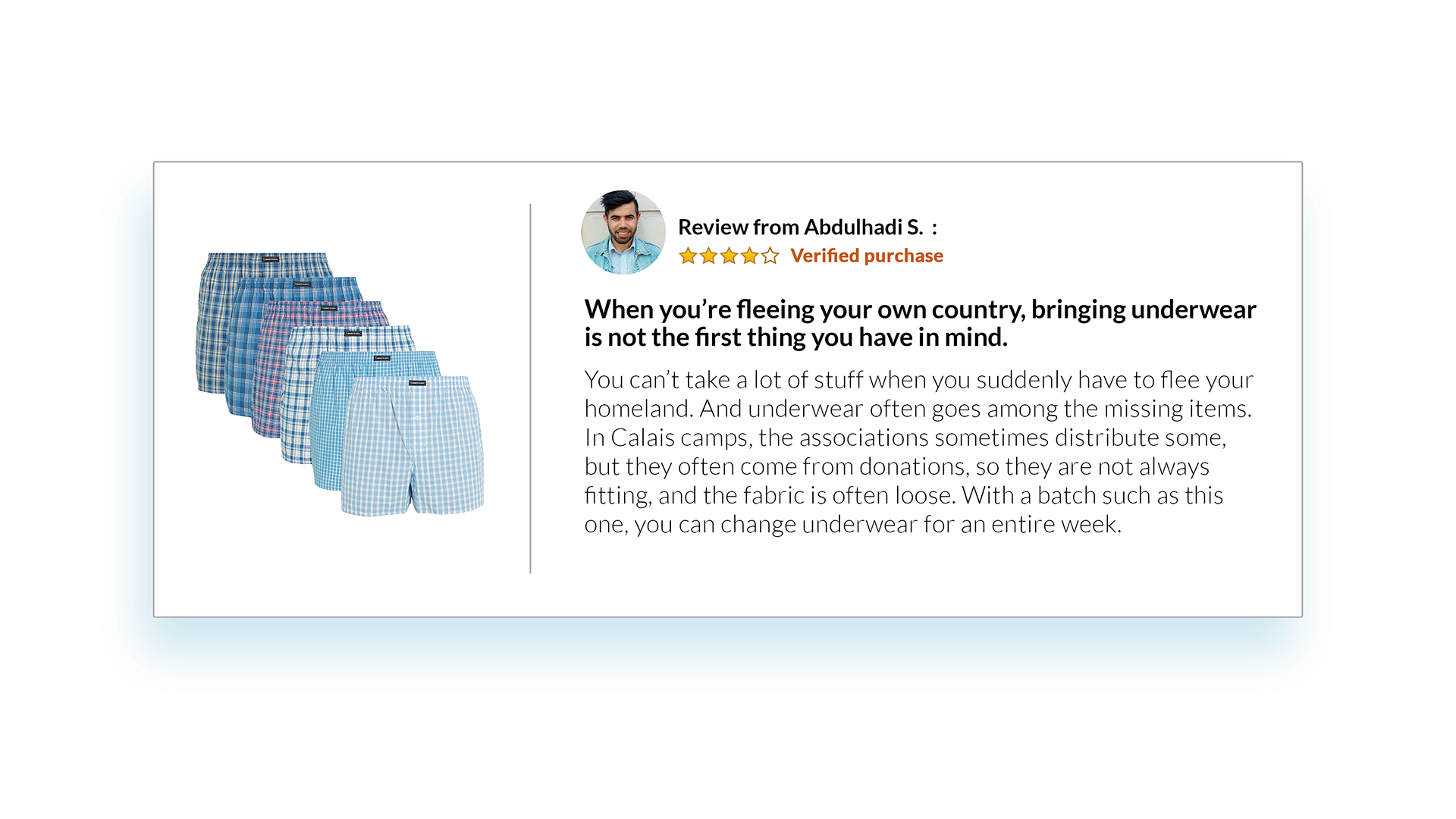 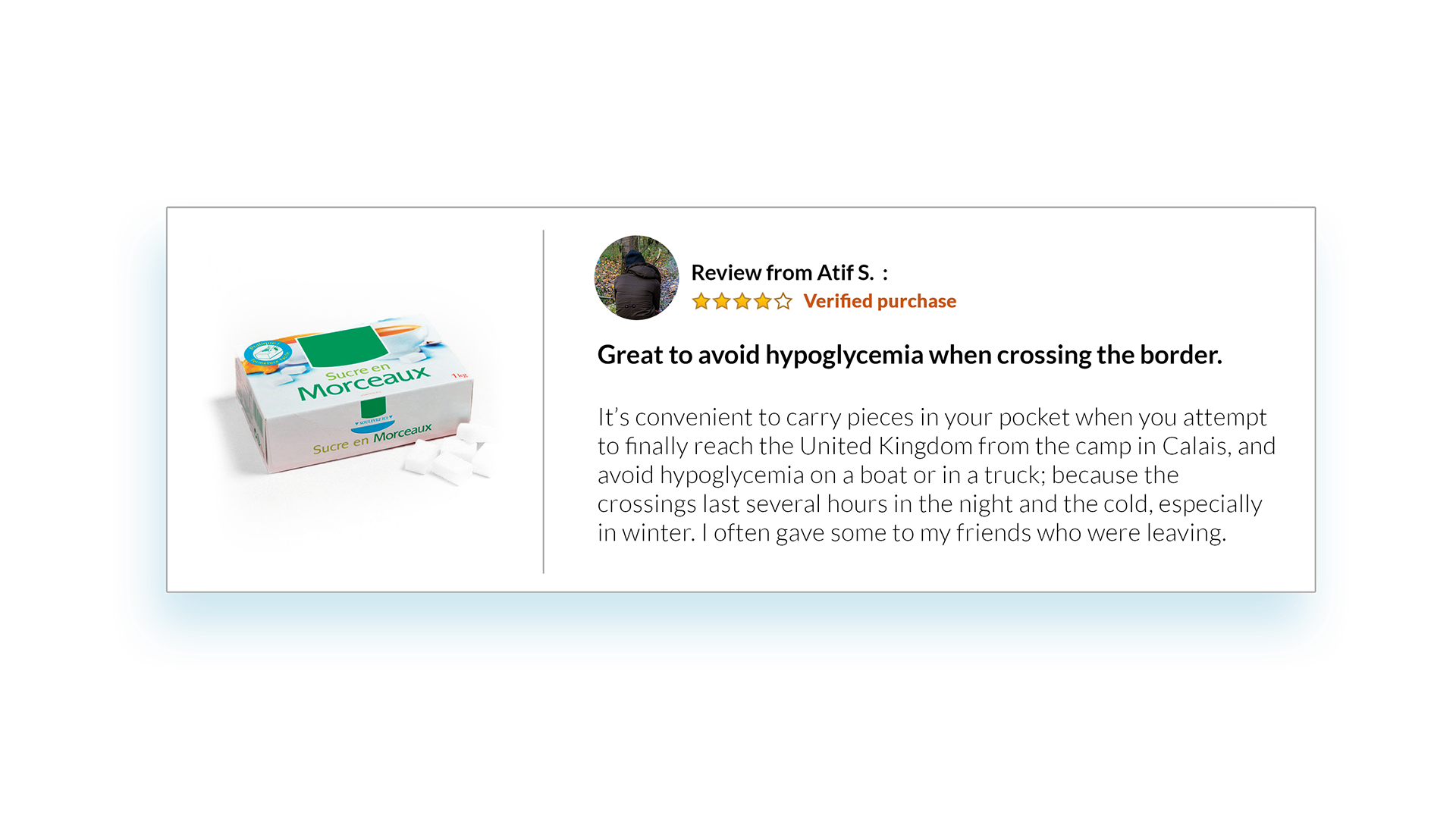 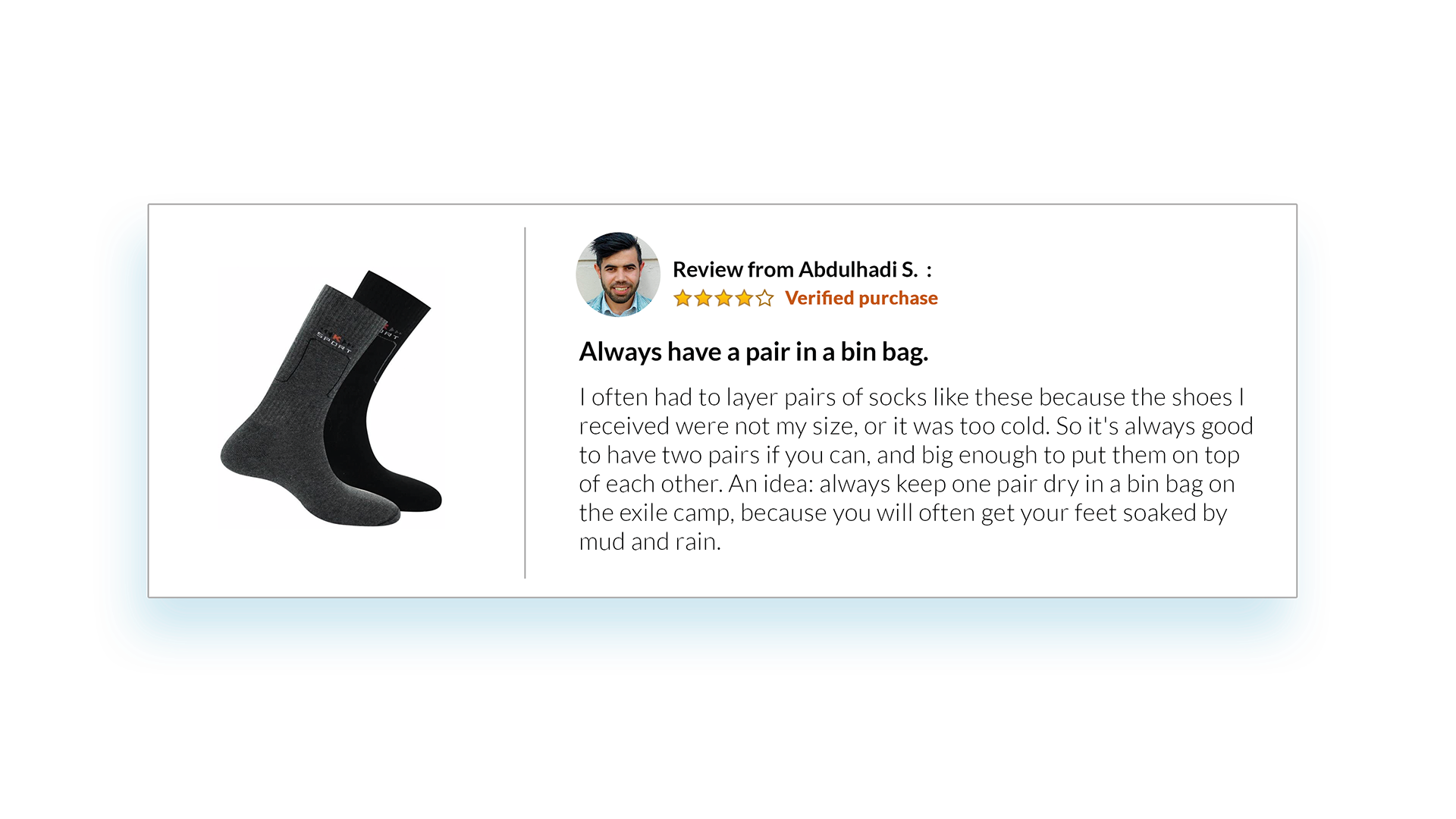 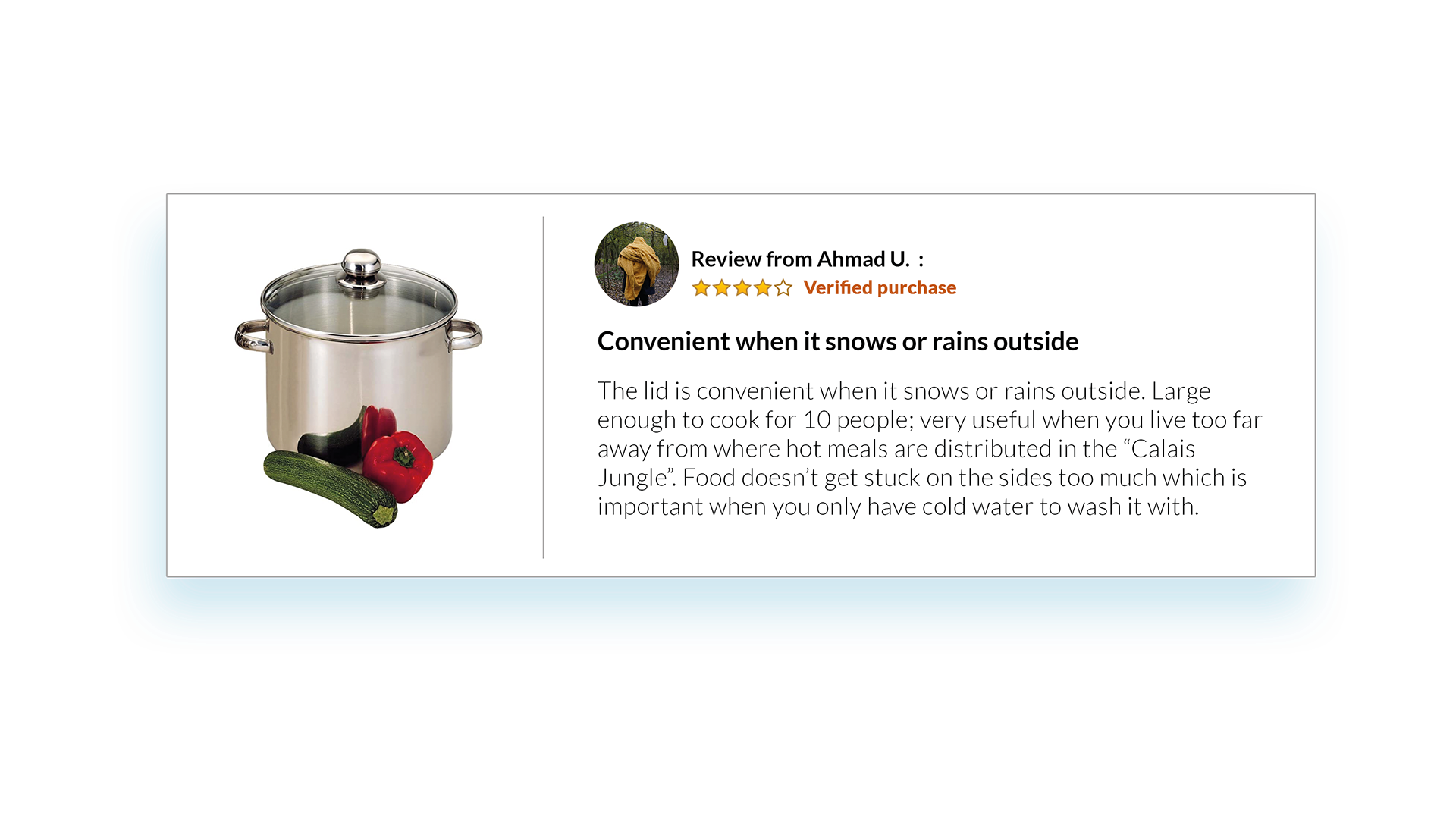 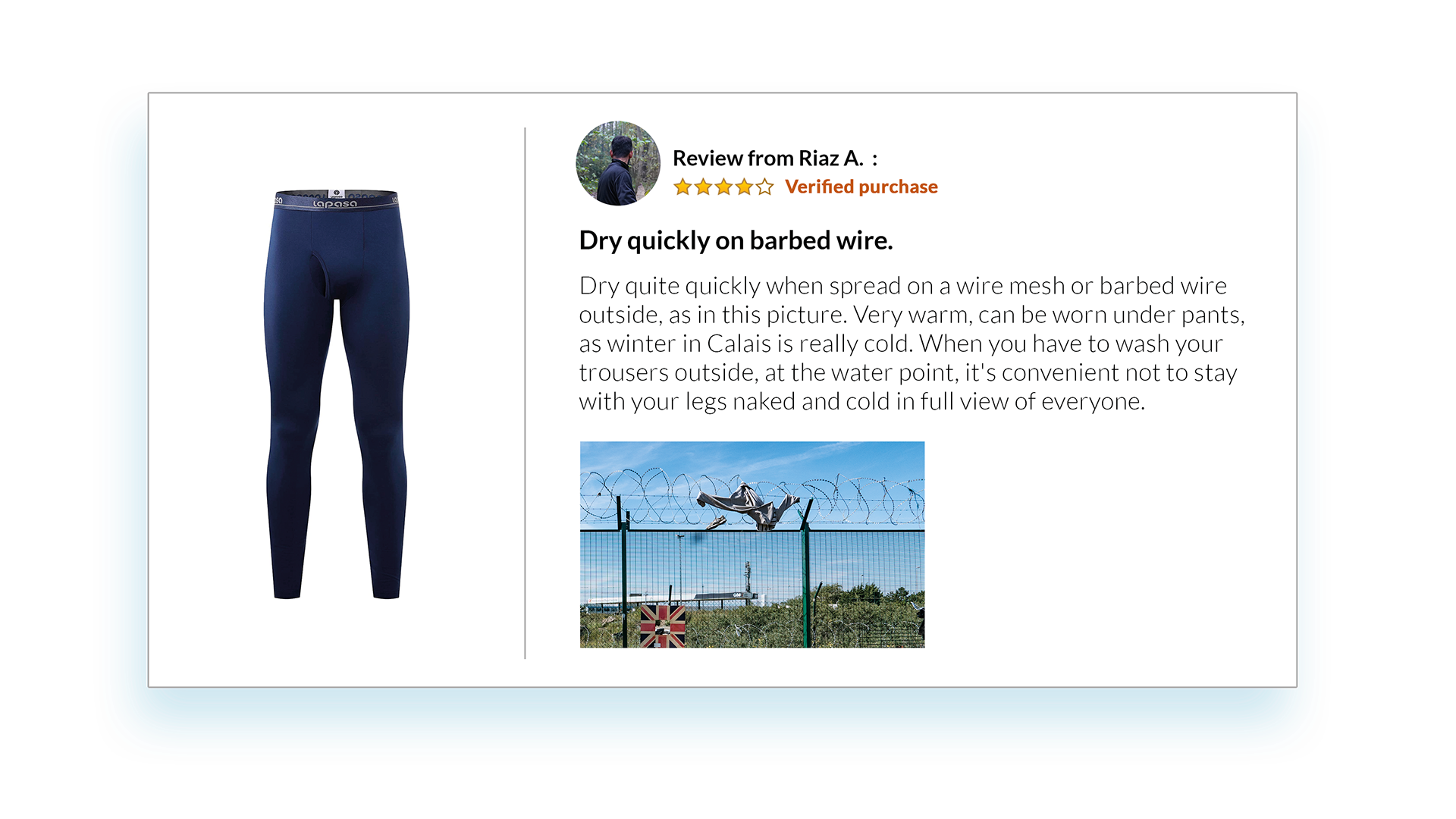 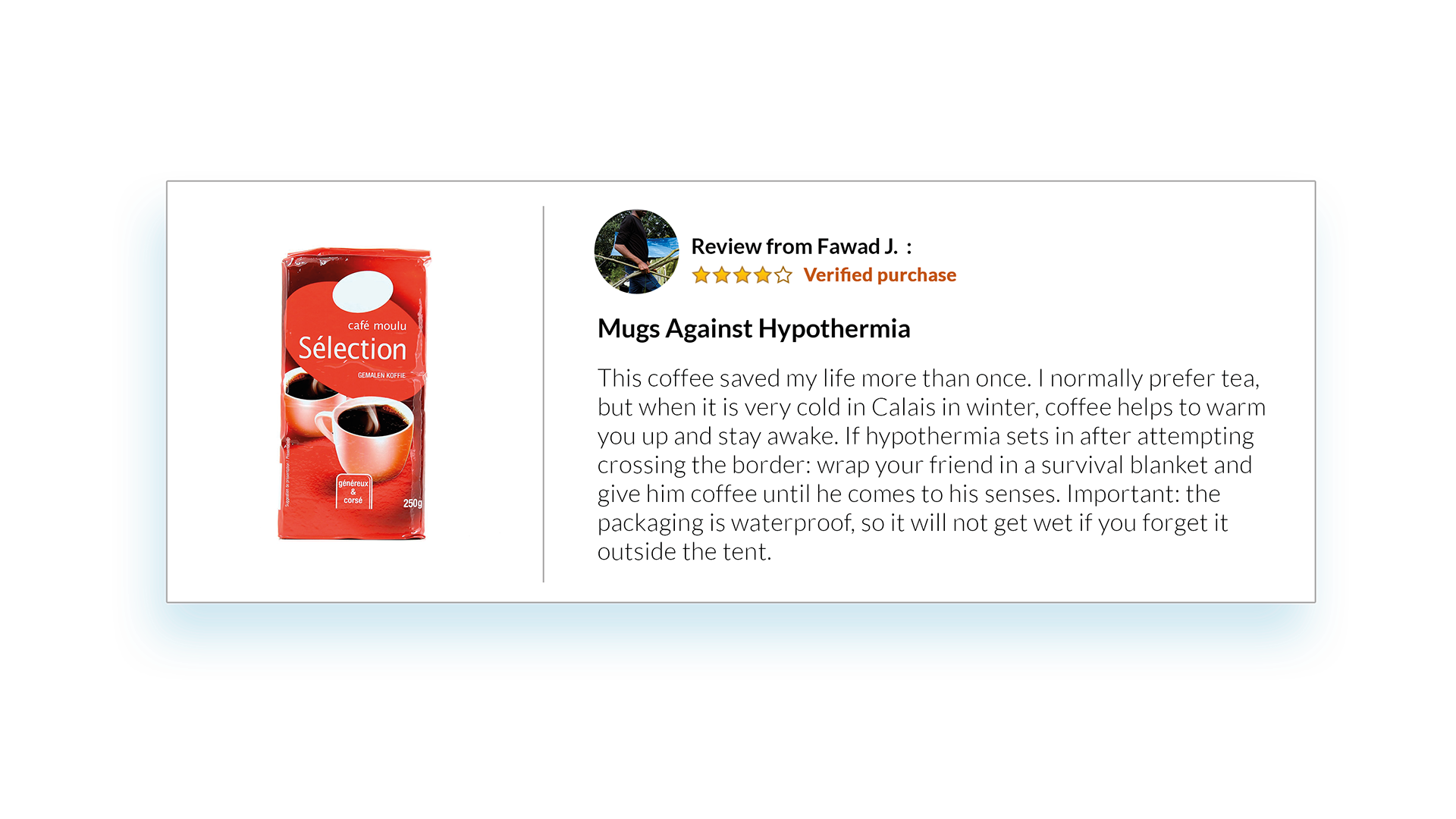 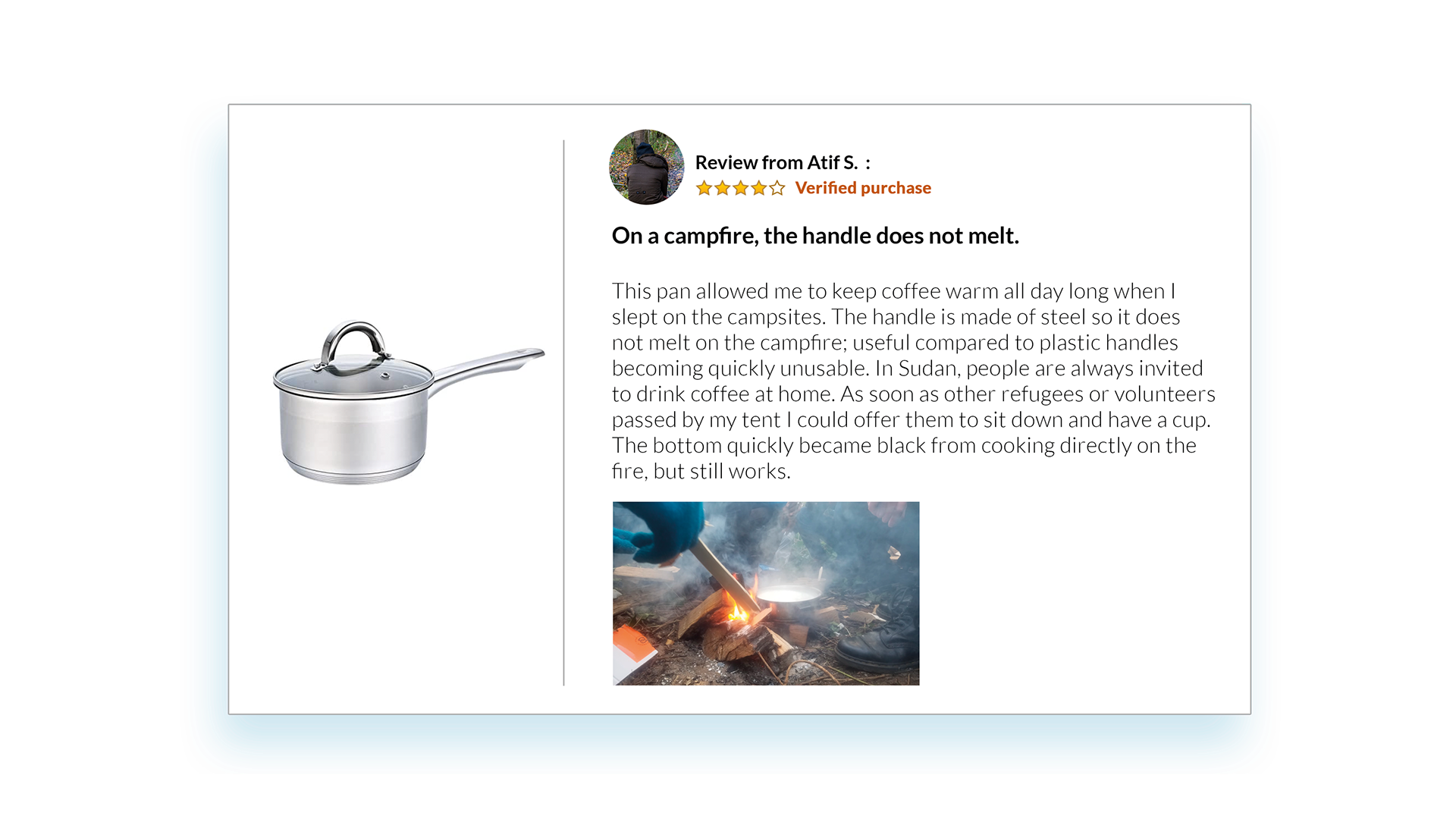 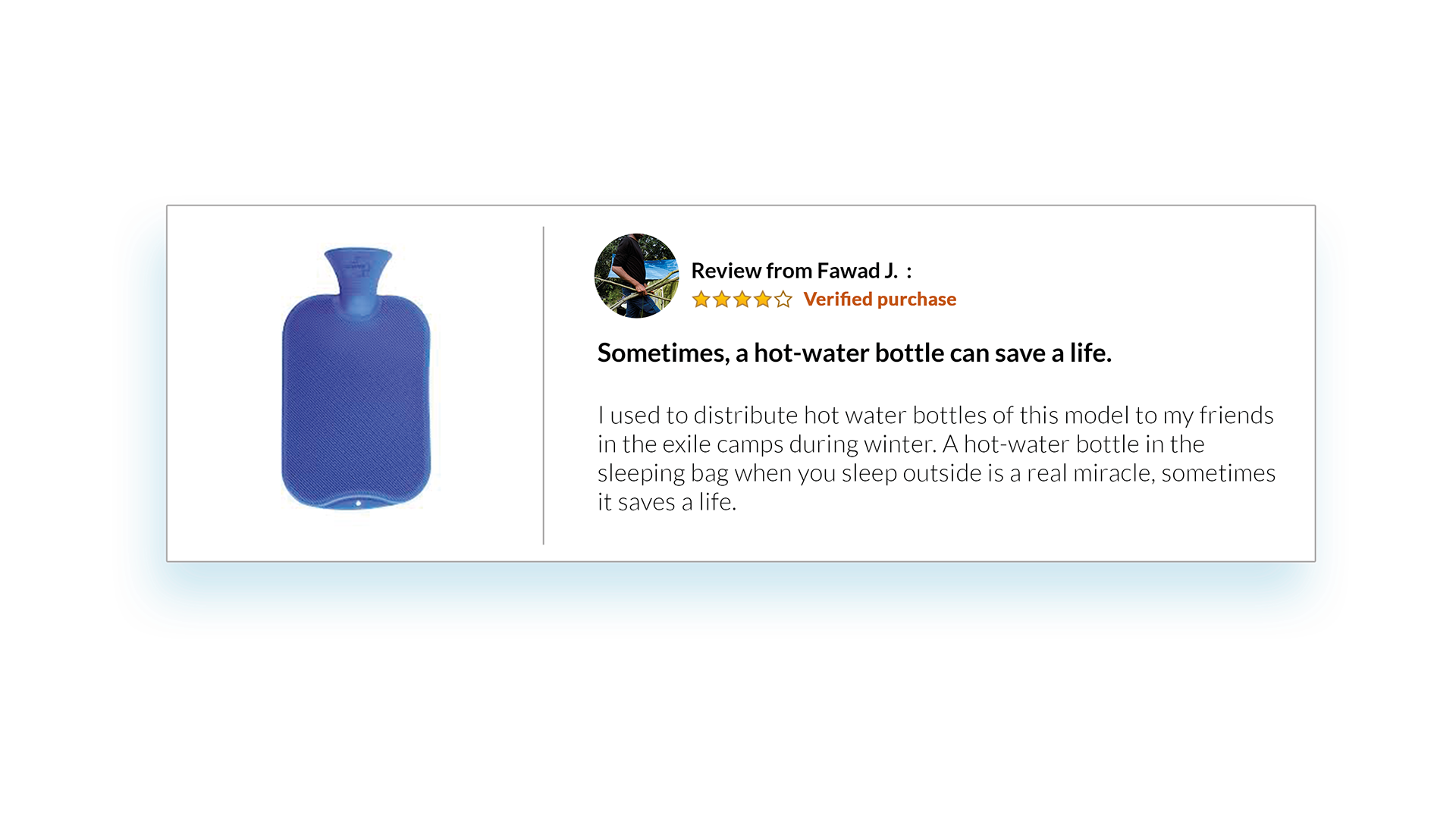